Explore the extraordinary Furore Fjord on the Amalfi Coast 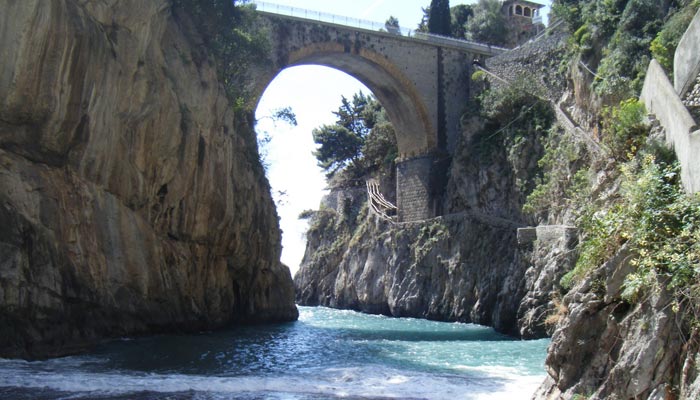 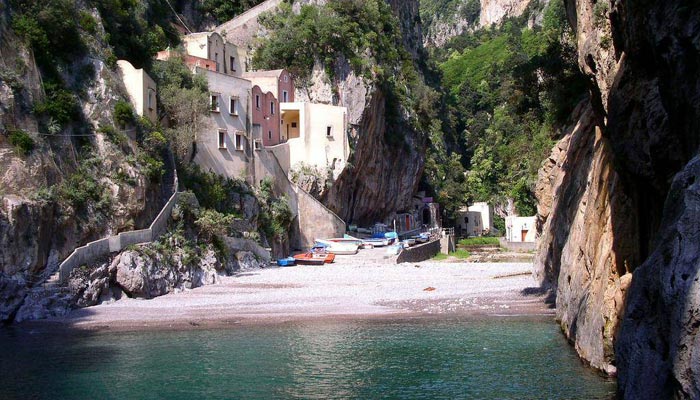 Furore and its Fjord are one of the most spectacular spot on the Amalfi Coast.
The little village is close to Praiano and to the Hotel Torre Saracena. You could visit it by our shuttle and have a lunch or a dinner in a romantic restaurant affiliated with us.
A group of escaping Romans, barbarians at their backs, took refuge in these mountains, and founded the first settlements of Furore. The town has remained, thanks to its particular topology, an unassailable stronghold, even during the times of the Saracen raids. The bay makes for a natural port, where trade flourished, encouraging the growth of the burgeoning paper industry and agriculture: the waters of the Schiato river powered paper and grain mills as they descended from the Lattari mountains. Furore takes its name from the particular fury with which the sea batters the Amalfi Coast and into the Fjord during storms, and from the deafening, terrifying roar of the waves against the cliffs and in the bay..
Furore is called the painted village because in the upper part, the walls along the main road to Agerola are painted by famous artists.
Furore is also called “the village that doesn’t exist” because in the past its houses were well hidden into the hill to not be seen from the sea and the pirates.
There are a lot of legends on the Amalfi Coast collected to Furore: his name represent the Fury of the sea in the Fjord but also the fury of the devil, when it passed for this town but the inhabitants were unwelcoming with him.

Explore the enchanting paths through the nature of the Amalfi Coast and the Fjord of Furore: