Ravello, one of the most charming town of the Amalfi Coast 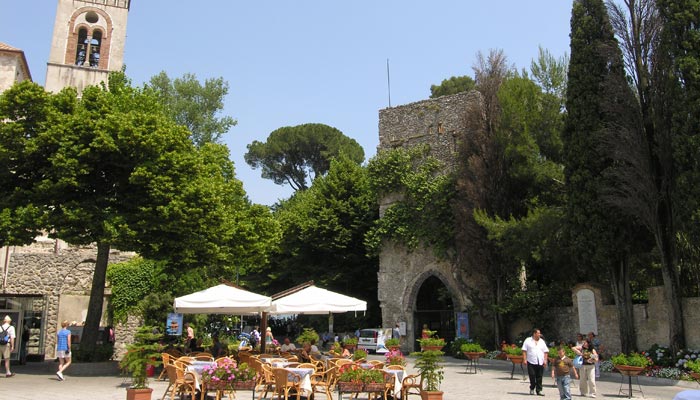 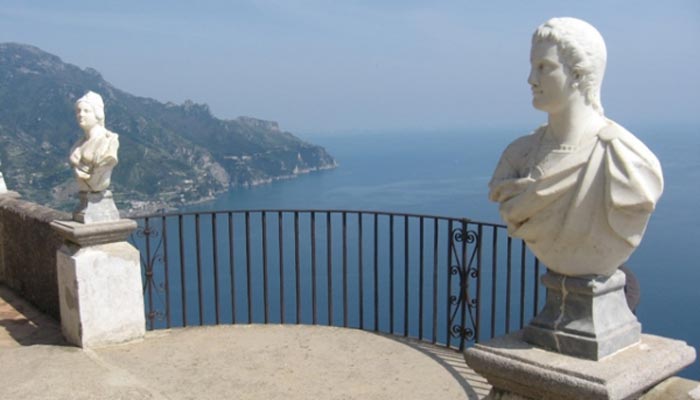 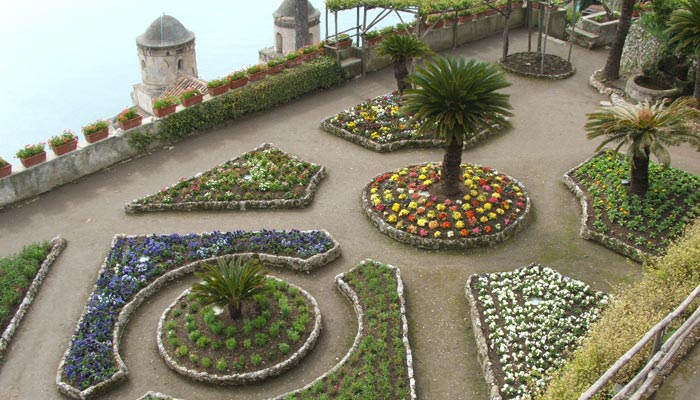 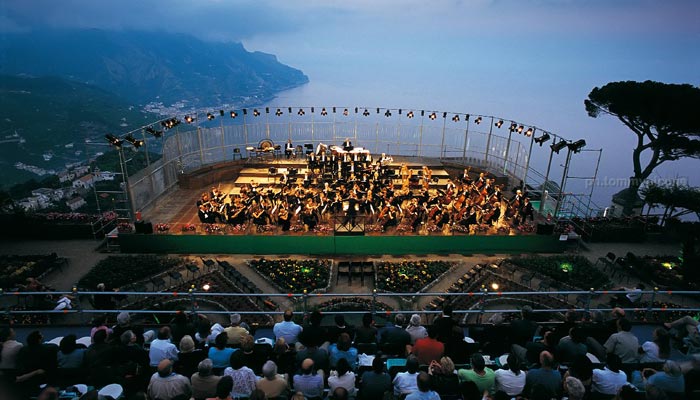 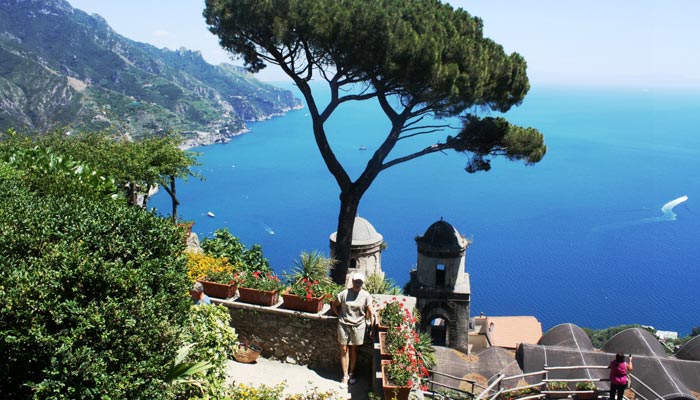 Located on a hill, the medieval town of Ravello, in the upper part of the Amalfi Coast, preserves its beautiful medieval building and monuments the medieval town preserves its beautiful medieval building and monuments.
Ravello is a natural terrace lying on the rock and overlooking the Gulf of Salerno, not far away from Amalfi, Maiori and Minori. Surrounded by lush vegetation is one of the most peaceful, charming and chic villages of the Amalfi Coast, described by several travellers as the ‘Home of Spirit’.
It may be interesting to know that…
Landolfo Rufolo, the main character of a Decameron’s novel written by Giovanni Boccaccio, was born here.
The town is easy to reach by car or by bus from the Hotel Torre Saracena.
Thinks to do in Ravello, on the enchanting Amalfi Coast:

What to see in Ravello on the Amalfi Coast
• Villa Rufolo
This renowned historic building was built in the XIII Century at the instance of the Rufolo family. In arabic-sicilian style, it rises up on the cathedral’s square.
Falling sheer into the Amalfi Coast and Gulf of Salerno panorama, the terraces of Villa Rufolo inspired the musician Richard Wagner composing the second act of his noted Parsifal. The Ravello Festival, yearly celebrated in summer, is dedicated to this musician.
Villa Rufolo and Wagner
In the 1880 the musician Richard Wagner stay in Ravello while he was working on of Parsifal: the gardens of Villa Rufolo inspired it for the magic garden of Klingsor.

• Villa Cimbrone
In pseudo-medieval style, Villa Cimbrone is often defined the extraordinary work of an English Lord, William Beckett, who, helped by a tailor, transformed an old property in a polymorphous construction, halfway between the ancient and the exotic, source of inspiration for poets and writers. Become famous due to a sequence of the film ‘Sissi’, this villa has a wonderful garden full of statues, fountains and naturals caves, a wonderful viewpoint suspended above the sea..

Ravello was visited by a lot of famous writers that impressed the town of the Amalfi Coast in their works:

Romantic walk and hiking from Ravello on the magic Amalfi Coast

Appointments not to be missed in Ravello on the Amalfi Coast